It all started when I wanted to grab some colors from Vincent Van Gogh for use in one of my renders.

I figured it should be possible to convert pixels into voxels, and using Blender's Python API, it was pretty easy. This technique might have general appeal, so I created a video tutorial for it.

The python script reads pixels RGB values from an texture image you specify by name. It then creates a new diffuse shader material of the same color for each pixel (wasteful!), and final it creates a rectangular prism at x,y coordinates, whose hight is determined by the pixels intesity.

You can read the script on github (or fork it, or comment on it).

Here are a some renders I made using this script: 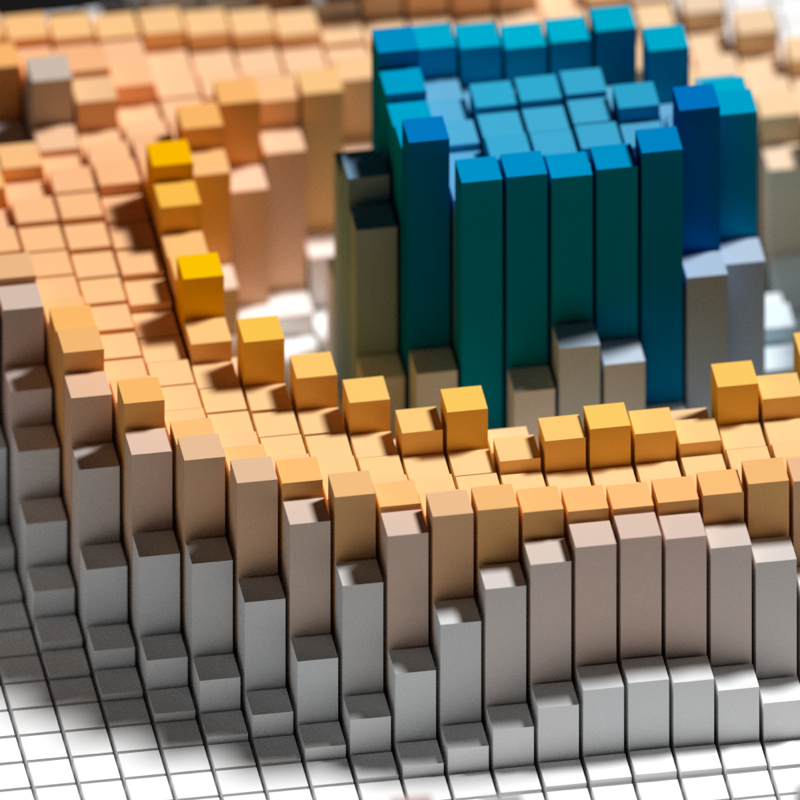 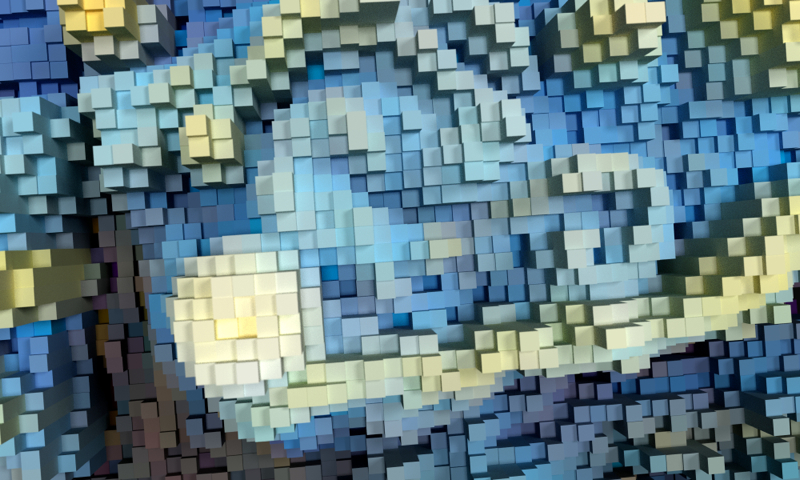 Here is the tutorial.

It covers some basic info about getting started scripting python, as well as the details of how to read pixel data from a texture, and how to then create voxels from that data.

And as promised here are the videotorial links:

All Comments, revisions, suggestions welcome. Post in the comments section, or poke me on twitter or G+.