What I learned about my county's demographics from US population data has caused a small interruption in my work day. Intellectually I have always known the story this data told me, but seeing the data in a map was shocking. Shocking enough to merit a few minutes to share.

From Hacker News I found the The Racial Dot Map. It graphs US Census population data from 2010. Its wonderful to look at. Go have a look.

While browsing around, I saw no racial diversity in my county. I wasn't shocked by this; I have known that Plymouth is a terribly homogeneous area. Its one of the reasons we want leave. Witness the ocean of blue caucasians in this image: 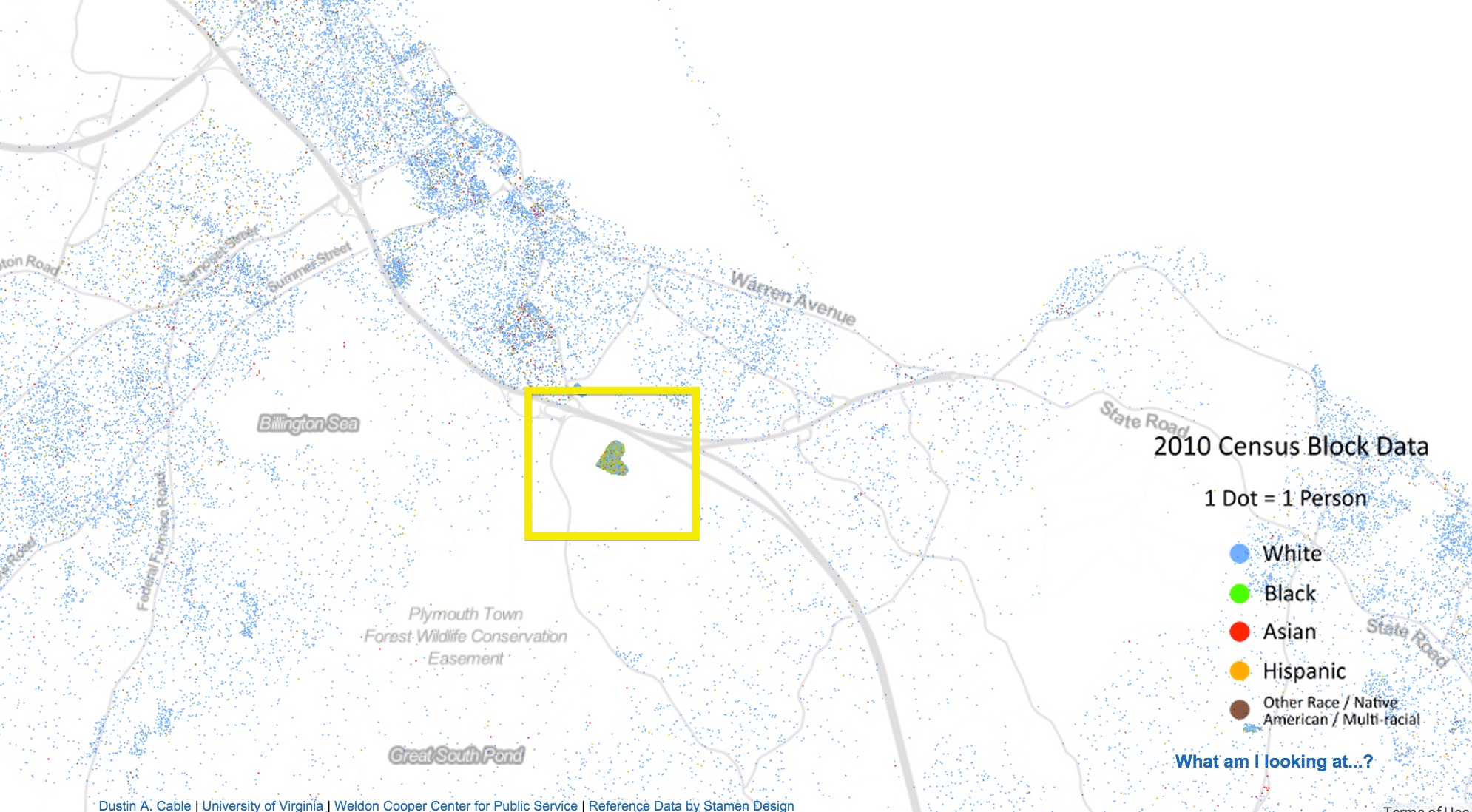 But then I noticed the area outlined in yellow. A high concentration of minorities on the map. It took me a minute to notice it, and then I assumed it was a glitch in the data. There just isn't that much high-density housing here. To double check I fired up Google Maps. That is when I reazlied all those little dots, were people living in jail. 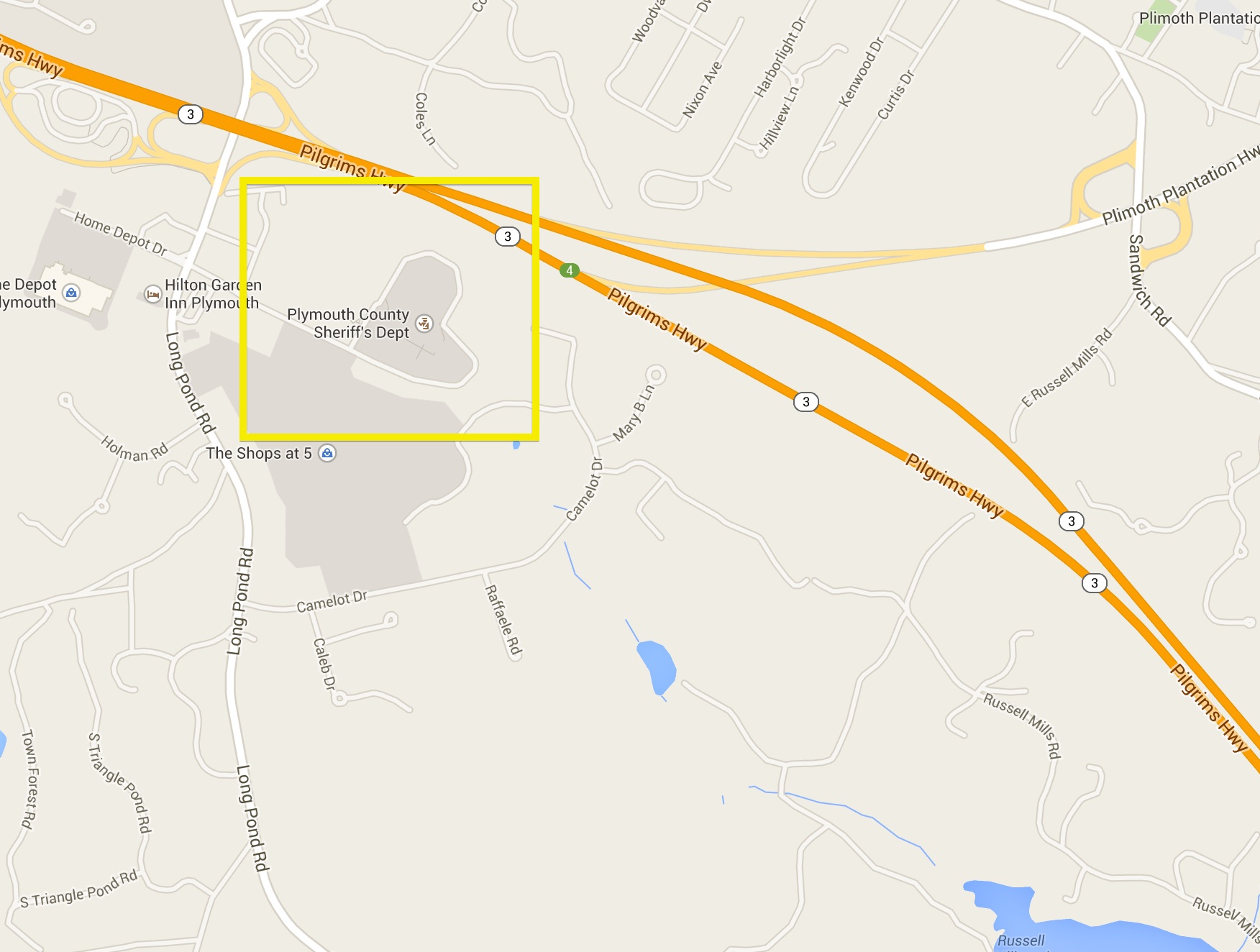 This trend continues elsewhere in my libral democratic state. Correctional facilities are easily identifieble by the concentration of not-blue dots. Try it yourself. It's sobering, even when you know the stats.